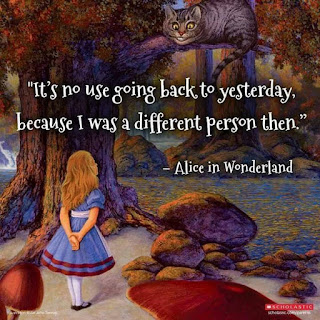 I'm particularly fond of Decartes' second meditation on certainty. From this we can derive both the scientific method and a lovely life philosophy.
Descartes' second meditation was on what you could possibly know with absolute certainty. That wasn't a dream or illusion or misunderstanding. His conclusion was famously "cogito ergo sum". Usually rendered "I think therefore I Am", but perhaps more true to his meaning is "there is thought, therefore there is a thinker". Nothing else can you know with absolute certainty.
I quite like my Buddhist rendering "in thought there is an experience of self, in the thought of the world there is an experience of other".
Best of all I like my Judeo-Christian rendering, based on the meaning of YHVH, Yahweh, the holiest name of G-d given to Moses in the burning bush, the fire that burns but does not consume when he asked G-d their name and they replied יהוה.
Read right to left the Hebrew letters yodh, he, waw and he. Meaning I Am.
Descartes' concluded in his second meditation that the only thing you can know with absolute certainty is I Am.
So, everything else we can't be absolutely certain about. It might even be a dream. You know your memory and your senses play tricks on you and cognitive biases like confirmation bias where you look for things to confirm what you already believe distort your perception of reality.
So you build up models of the world. Maybe various different ones with differing degrees of probability. The level of your confidence. And you test your models. Try them out. Build up your confidence in them. You're always willing to be wrong, but you know why you think what you think and you adjust to new information as it comes in.
That's the basis of the scientific method.
We build up models of reality knowing they're not perfect but because they're testable we're able to verify whether or not they're a better model than the one we had before.

On the topic of the name of G-d, YHVH, let's take a detour via Narnia. I took the name of my personal moral law from Narnia. I call it the Aslan rule: what other people do is Narnia business.
A fragment of one of my favourite, but alas shortest, poems is also inspired in part by Narnia.

IAO I adore thee, magickal thou art. Evoe. IAO the black and red sigil of my desire that is also my love. Evoe, the green, white and silver response soft sighs from every evergreen bowed gentle with snow.

IAO is the Greek form of the Tegtragrammoton, YHVH, the holiest name of God. Iota Alpha Omega, the beginning to the end as the smallest possible unit. Notable as the name of G-d beloved by the Thelemites.
Evoe is the Bacchanalian exclamation of fervour and was the battle cry of some of the armies of Narnia as they went to war in The Last Battle.
"Demons are made of the souls of the suffering, Angels the vengeful tears of the same. A trapped demon sings until whatever has it caught dies. A trapped angel sings until whatever has it caught awakens to freedom."
Posted by Michael Foord at 16:52