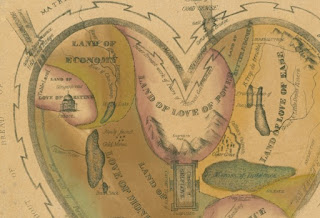 It's been a long time since I've posted. Inspiration comes and goes in waves, and mostly I feel like I've written a fair amount in the last year and it's time to prove it rather than speaking more.

In the meantime I occasionally post spiritual ruminations to twitter as @mfoord. The 140 character constraint in posting forces very bite-sized musings, which can be a useful way of clarifying (or obscuring) thinking. Here's a recent series on spirituality:

Our faith is an exploration of the heart, not the head. God is love, how could it be anything else?

In spiritual terms "heart" and "spirit" are synonymous. "mind" is the region of the heart accessible to conscious awareness.

So in the sense that psychology is the study of psyche, spiritual power is psychological power.

At the heart level belief in the power of love is the same as belief in God. Because God is love. Love and God are the same thing.

Belief was never the issue anyway though, faith is. Faith is nicely understood as capacity (capability) to trust.

The distance from head to heart is actually very short. But it only goes one way: heart to mind, not the other direction.

The mind can understand, and guide, what the heart is discovering. You can't force the heart to believe what the mind thinks.

Your spirit is simply who you are. You *are* a living spirit.

Soul comprises parts of you like emotions, memory and habits. You have these things but you are not defined by them.

Spirit and soul form a continuum, a spectrum, not sharply delineated. Same from body to soul (how body affects mood / emotion - e.g. pain).

The psychological concepts of id (unconscious drives), ego (conception of self) and super ego (idealised concept of self) are useful.

Roughly speaking the vague christian term "depths of our soul" corresponds to the concept of the subconscious mind.

A spiritual person knows themselves, is in touch with who they are and thereby better understands the world. A good person loves. You can be spiritual but not good, and good but not spiritual. The best of course is to be both.

Many people who think they know themselves, don't. They instead have a strong ego (concept of self) that can make it harder to know yourself.

To really know yourself, be in touch with reality, ultimately means losing ego - along with "mindsets", including the Christian mindset. (See the world as it really is - not through any lenses or "world views".)

And to some extent this means dropping all "beliefs", preconceptions about what reality is. Instead: seek and you will find.

So hold your beliefs lightly, be willing to be wrong and push deeper. This is like the scientific method and why I like rational scepticism as a spiritual approach.

The question then becomes, how hard can you push and how deep can you go? And how willing to trust yourself and God are you in the process.


Plus a final few, just because they're true:

My God is love. I believe in Love. I seek it out, serve, worship and adore love wherever I can find it.

Many atheists believe in my God. Popular culture is full of songs extolling the power of my God.

Maybe the church of Jesus and the institutionalised church are very different things. Is that such a surprise?

Posted by Michael Foord at 12:49 No comments: