Showing posts from May, 2018
Show All

The Role of Abstractions in Software Engineering 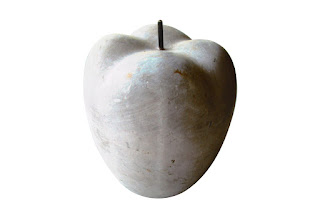 This is the text of a lightning talk, a five minute presentation, given at PyCon 2018.

Programming is all about the use of abstractions. We often say that the fundamental language spoken by the machine is ones and zeros. Binary. This isn’t true. Ones and zeroes are an abstract representation of the fundamental operation of computers. It’s a way of representing what central processors do in a way that can be understood by people.

The actual language spoken by computers is the electromagnetic dance across wires and etched silicon, choreographed by the beating of a quartz crystal at the heart of the machine.
Ones and zeroes are a representation of that dance, understandable by humans in ord…
Read more 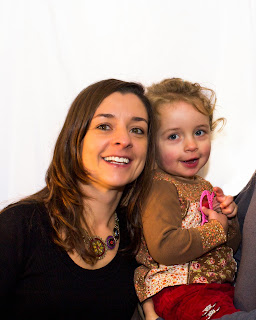 I was enjoying a sweet treat of prunes and dried apricots with Delia last night and she remarked that prunes reminded her of funerals. She still likes them though.
Delia grew up in a medium sized town in Romania called Roman, in the North East of Romania in the poorest region of the country called Moldova and bordering the country of Moldova where they also speak Romanian.
Until Delia's mother fell into a bleak depression lasting several years both of Delia's parents worked. So Delia was a latch-key  kid even from her primary school years. Delia's father worked in the local chocolate factory under the communists. Money was tight for everyone so much of the economy ran on a barter scheme. A visit to the doctor or hospital was free, except if you actually wanted anything doing (like your sheets changing or you wanted feeding during a hospital stay) bribes were required. This minor corruption became so endemic that it's still prevalent. We gave our first ever bribe on a tr…
Read more
More posts 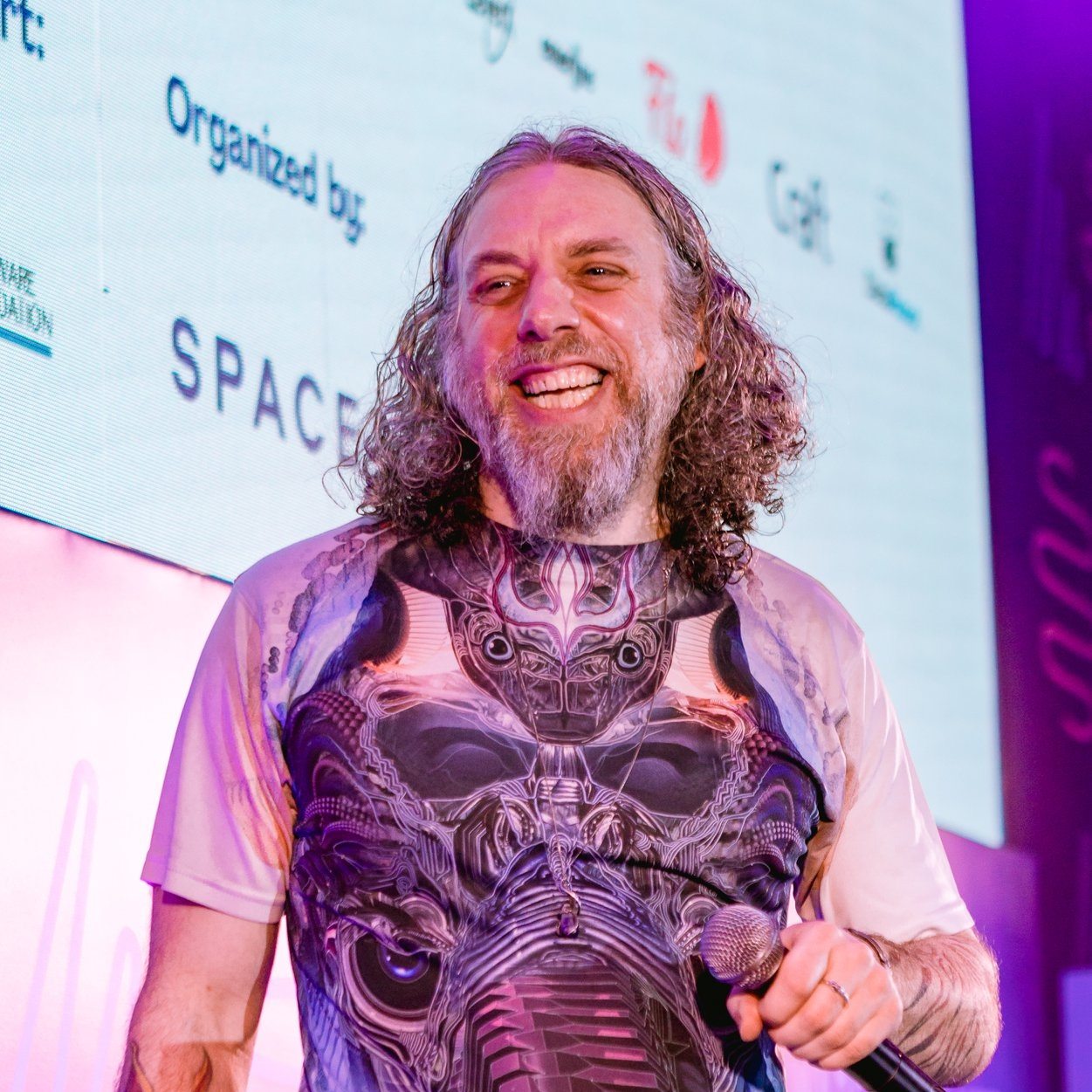 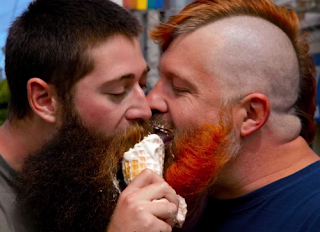 A Christian understanding of homosexuality is a topic I've shied away from, although I obliquely address it in The Liberal Agenda, because it can be so divisive. That it is a divisive and difficult topic makes me deeply sad. A refusal to face a topic because it is difficult could reasonably be called cowardice, so here we are.

People love to know the rules don't they. It's a fact of human nature that we want to be told what we're allowed to do and what we're not allowed to do. This is "the law" and the old testament of the bible is largely the story of humanity understanding God's nature and how to be right with God through a very detailed set of rules.

In Jesus' time there was a group of religious people who particularly loved the rules. Read Matthew 23 for some of the choice things Jesus had to say to these men, the Pharisees:
Woe to you, teachers of the law and Pharisees, you hypocrites! You shut the door of the kingdom of heaven in people’s fa…
Read more 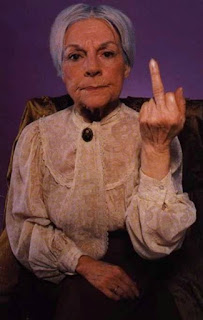 To those of you who dislike swearing, it is perhaps worth considering how much power you are willing to let certain words have over you.

If I can shock you, interrupt your train of thought viscerally and change your mindset with a word, merely because you have chosen and trained yourself to be offended by that word then you give me a power over you that I don't deserve. When understood, it is therefore possible to express something with great force, in a way that you can be certain will remain with the recipient for some time, by the careful use of specific words.

I promise to mostly use that power judiciously and in a considered manner, but the only person who can remove that power is you; and to do that you have to choose not to be offended. If you have any respect for my intelligence it is worth considering that when I curse it is not because I am out of control, but maybe because I understand what I am doing. This of course is only worse...

(And sometimes I use this power to …
Read more 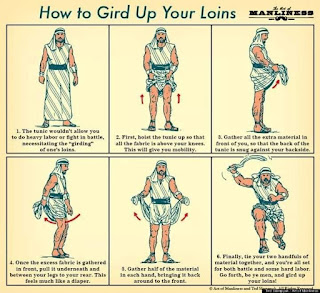 I'm a Satanist, and specifically I'm a Rational Theistic Luciferian. I think a theistic approach to the individualistic philosophy and belief frameworks of Satanism is a rational choice because it is more powerful psychologically. For an introduction to my Satanism, the philosophical and mythological underpinning of my Luciferian practise, you can read: Rational Theistic Luciferianism: Philosophical FoundationsA Practise and the Cults, Black Magick, Lucifer and MolochMy Personal Satanism and Lucifer This page is a collection of essays on the practise and philosophy of Luciferianism as a spiritual path and world view. Topics covered include the philosophy of The Black Flame, worship, mysticism, angels and demons, altars, ritual and invocations. Several of the pieces cover the role and the nature of the demonic deities in Rational Theistic Luciferianism and Demonolatory. Demonolatory is the use of worship in ritual as a magickal practise for innner transmutation. 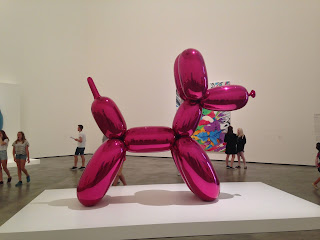 I recently visited the Guggenheim museum in Bilbao and got embroiled in a conversation on the value of art, and in particular the value of modern art. This is an age old question, and more specifically this question: does art have (can art have) objective value, or is its value purely subjective? Surely the value of art resides in the effect (the affect) it has on the observer, so the value of art is by very nature a subjective thing.

Art has value if it produces a worthwhile affect (including whether or not we like it), if it moves (or resonates) emotionally with the viewer, if it stimulates the viewer to intellectual thought, or if the art provides some commentary on society, humanity or the world around us (does the art "speak to us"). Modern art attempts to do this in abstraction, by removing recognisable representation of the world it can (potentially) speak to a deeper part of us than merely the conscious and rational mind. Abstraction can (in theory) evoke primal fee…
Read more 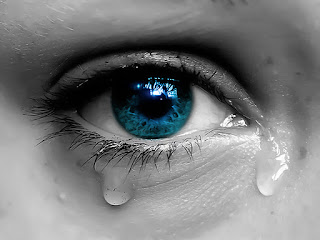 Soul healing means becoming reconciled to who you are, finding peace with yourself. And it's something we all need, in more or less obvious ways perhaps, but none of us are completed works and there are unplumbed depths in everyone waiting to be set free.

We're all big people, deep people, at least in potential. Think of all the people you know and the friendships that come alive as soon as you're with that person, all the books you've read, music you've listened to, films you've watched and places you've been to. Think of all the things you can do, your skills and abilities, there are many of them. You're incredibly complex, all of this and more is within you, but how much of that can you recall consciously at the moment; how much of all that's inside you do you use at any one time. There's a great deal to be released in all of, a tremendous capacity to love that we have only just scratched the surface of.

One way that a particular need for s…
Read more 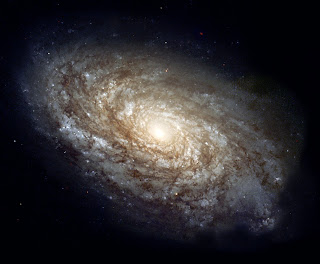 We live together, we act on, and react to, one another; but always and in all circumstances we are by ourselves. ... By its very nature every embodied spirit is doomed to suffer and enjoy in solitude. Sensations, feelings, insights, fancies—all these are private and, except through symbols and at second hand, incommunicable. ... From family to nation, every human group is a society of island universes. -- Aldous HuxleyNo man is an island entire of itself; every man is a piece of the continent, a part of the main. -- John Donne In I was brought up I describe my Christian up-bringing and my journey back to faith via Cambridge university, atheism, Buddhism, homelessness and Christian community. In Pursuing Faith this came full circle with me having to reconcile my faith to how I saw the world and spirituality without faith. This article is a further exploration of how I am pursuing a genuine and deeper spirituality.

My faith is a rational pursuit. It has to be. A genuine faith has to en…
Read more 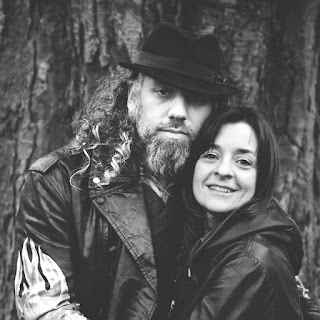 I've been homeless, in prison, at Cambridge university, worked at a London startup, been an atheist, lived in Christian community, travelled, written a book.

I've taken an extraordinary amount of drugs to the point of madness.

I've learned Tai Chi and meditation from a Buddhist community. Spent nearly a year in Romania living with Romanians.

I taught myself to program. I've spoken to an audience of thousands at conferences and been a keynote speaker in India and New Zealand. I've written code used by millions of software developers.

A varied life and I'm not done yet. And I'm still (more and more) convinced that the only thing worth a damn, the only thing to live for (more important than believing the right things) is to love.

The Fire, The River and a Sword

Several years ago I decided that I wasn't going to be a Christian and sing flowery songs of worship about having rivers of living water flowing out of my soul if I didn't actually experience it. If I give my life to this faith, if I'm going to believe that it's true, then I'm going to prove it true in my life. What I sing of, what I declare, what I say I believe, I will experience and understand.

A big part of my journey over recent years has been meditating. I meditate for an hour a day. It's an exercise of the soul to develop focus and cultivate mental strength. Along with these qualities I've found it bringing enormous healing to my soul, a topic I have waiting in the wings to write about. As well as meditating for an hour a day I pray for two to three hours a day. This wasn't something I intended to do, it just sort of grew out of exercising and using the time to reach out to God with body, soul and spirit. Trying to push everything within me to re…
Read more

An Evolutionary Spirituality: Goodness out of Chaos 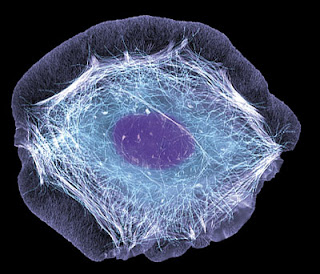 The ideas in this article are an attempt to reconcile science, psychology, religion and philosophy. A lofty, perhaps too lofty, goal and an extension of the ideas I was reaching  for in "Evolutionary Spirituality: A Personal God".

Modern physics tells us that uncertainty and chaos are fundamental properties of the universe we inhabit. Evolution tells us that, in regards to life, change is driven by randomness. Specifically changes are the result of random mutations. Which changes persist is not random, but the driving mechanism is random and chaotic. Evolutionary biologists will tell you that success, fitness, is not "progress" (which they would say is an illusion) merely the accumulation of random changes that are more fit to survive in specific environments and circumstances.

Yet given the arc of history (and human culture as part of history) it looks and feels like progress is being made. I think the reason for this is that on average, what we see as more "…
Read more

April 02, 2015
I've been in my church, the Jesus Fellowship UK,  for nearly twenty years now. Again I'm feeling old! The church has been through many changes, and indeed is in a particular period of change right now.

It used to be, back in the day, that we would often chasten brothers or sisters who were over-zealously applying rules "don't be too intense".

Maybe in those days we were too intense, both in fervour and in our desire to conform other people's behaviour to our expectations. The change to a more relaxed approach, accepting people for who they are and concentrating on loving them, is certainly an improvement in many ways.

David, a man after God's own heart, wrote:
Psalm 69
9 for zeal for your house consumes me …
Read more