I was enjoying a sweet treat of prunes and dried apricots with Delia last night and she remarked that prunes reminded her of funerals. She still likes them though.

Delia grew up in a medium sized town in Romania called Roman, in the North East of Romania in the poorest region of the country called Moldova and bordering the country of Moldova where they also speak Romanian.

Until Delia's mother fell into a bleak depression lasting several years both of Delia's parents worked. So Delia was a latch-key  kid even from her primary school years. Delia's father worked in the local chocolate factory under the communists. Money was tight for everyone so much of the economy ran on a barter scheme. A visit to the doctor or hospital was free, except if you actually wanted anything doing (like your sheets changing or you wanted feeding during a hospital stay) bribes were required. This minor corruption became so endemic that it's still prevalent. We gave our first ever bribe on a train ride from the nearest city back to Roman. Working at the chocolate factory provided a regular stream of bags of flour and cocoa and pats of butter that not only provided enjoyment for family and friends but were a useful source of bribes. That was until Delia's father lost an eye in a chocolate factory accident. No the eye didn't end up in someone's chocolate, and he was pensioned off on a reasonable pension. But that's another story.

Delia's mum was so determined that Delia would have an education that Delia grew up without toys but books instead. She was the first in her family to go to university and completed a degree in Romanian and English Literature at the prestigious university of Iasi. She lived in student accommodation and her parents would regularly visit to provide food and a small amount of money to live off.

As a child during  the three month summer holiday Delia and her young aunts and cousins would run wild in the countryside staying with her grandmother. They would roam the woods and fields, staying out late until Bunica called them in to sleep top to tail all in the one enormous bed with grandmother in a two room cottage. Apparently Delia's father slept in the same bed as his sister until she left to get married. A different culture, a different way of life.

Delia's grandmother lived the traditional way. Subsistence farming, outdoor toilet, getting up at dawn. She dried plums for the winter and stored the prunes in her loft. They would be brought out as a special treat and served on a stick instead of sweets at events like funerals.

So prunes remind Delia of funerals. And running free in the countryside as a child, afraid of nothing and no-one except her mother. And she still loves them.

"Compassion is the deepest pleasure. Tune the pleasure principle into this and your own animal drive will compel you into goodness."
Posted by Michael Foord at 17:42 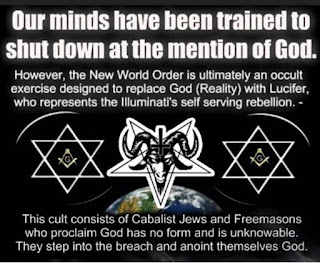