Why Should I Fear 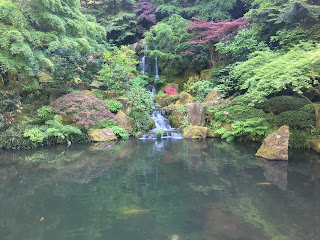 Didn't there used to be magic

When I was young I was haunted by a wild and ferocious desperation and I was so afraid. It cut me and drove everyone away. It hurt so much.

The thing is that emotions, these parts of yourself, don't really go away. Instead if you learn not to fear them you can turn them to good. My desperation is still there, a wild longing to love and to burn and to blaze. An unquenchable thirst for the river that never runs dry.

As for the pain, that remains too. And when I see it in others, because everybody hurts, I can sometimes bleed. As we bleed together we heal. Let your inner pain be the engine of your empathy.

Finally that lost lonely death that had me. That I can turn on the fear. Fear must die. Why should I fear, I've been dead.

"The best defence is a perfect mirror. The fiercer and uglier your opponent the less they can stand to see themselves. Mind as a still lake."
Posted by Michael Foord at 15:06