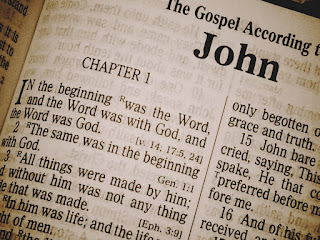 The substance of Christianity has to be knowing God, otherwise our faith is nothing more than dead religion. As the bible is our only record of the life and teaching of Jesus it is rightly seen as the foundation of Christianity. Exactly what role to give to the bible, and how to understand it, can however be contentious topics, not least because views on this topic are very personal and deeply held.

For many Christians their faith requires a "bibilical worldview", seeing and understanding the world through the lens of scriptural teaching. A friend of mine recently posted a link to an article by Pastor Rick Warren on this very topic to facebook:
Here's a quote from the article:


Everyone thinks about the world through a particular lens, or filter. We refer to this filter as someone’s “worldview.” And in our post-Christian culture, most Christians have a non-Christian worldview. In other words, a big part of our preaching assignment is helping our listeners to see the world through the lens of a biblical worldview.

For a long time a biblical worldview also meant believing that the earth was the centre of the universe and that the sun went round the earth.

This leads us to several important conclusions:
Instead of striving for a "biblical worldview" I'd like to see us work to drop "worldviews" altogether and honestly search for reality as it really is instead of looking to confirm what we've already decided. That is much harder and takes real courage as we are likely to find that God isn't confined to the boxes we assign him to.

Confirmation bias, the tendency of humans to only see the parts of reality that confirm what they already believe and ignore things that contradict it, is so strong and pernicious that seeing beyond our own fallibility and really finding truth has to be a real struggle. If we're not willing to undertake this struggle the chances are we will find an idea of God, rather than the reality of God. We can't find the depths of the substance of knowing God that we long for unless we're willing to take this journey. If we want the new thing we must be willing to think and act in new ways.

This is partly the theme of my "Exploration of the Heart" article on the forward blog. Christianity only works when it's a search of the heart:
This is partly what I think Jesus meant by coming to him like a child. Children haven't built up all the filters and lens that we view the world through, but are much more open to seeing and expressing life as it really is, both for good and for bad.

This has practical consequences for my relationship with God. Coming to God, in prayer or worship, usually starts with me acknowledging that I know nothing. As I come to God I drop everything I think I know or understand, because in the presence of God it's nothing. I reach out for the reality of God, of love, determined to face reality whatever it might be mind be and however it might (or might not) conflict with what I already think I know. And yes that means I might be wrong, about anything or everything, but my understanding is growing - and generally by evolution rather than revolution. But it's a heart led search for meaning, what am I actually finding in God, in me and in life.

On how to understand the bible, alongside what we've found of God and how we see the world, I really like the work of Steve Chalke. In his work "Restoring Confidence in the Bible" he argues that the bible is the record of the revelation of the nature of God to humanity. A process of revelation that didn't just stop 2000 years ago. This means letting go of the idea that the bible is infallible (something the bible itself never claims), and having to wrestle for meaning and truth. Along the way we can still revere the incredible truths within the bible without having to do mental gymnastics to explain away the parts that we don't really follow.

Whatever path you take, enjoy the exploration and plunge heart first into the living word of God!

See also my (short) article Biblical Truth and Doctrine for related musings on this topic.
Posted by Michael Foord at 09:51