The Balkan Wars and Trusting the Media 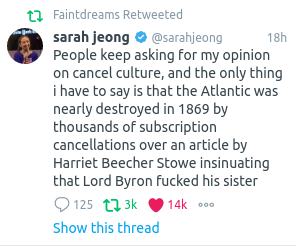 I grew up in a pretty normal middle class house. A good upbringing and a happy childhood. Lots of good memories, which is a great privilege that I'm grateful for.

I lost my belief that "the media" tells the truth around 1992, aged 18, during the Balkan wars.

In 1992 I was 18 and doing A Levels at St George's comprehensive school in Harpenden. I followed the Balkan wars of 1992-1995 avidly, it was exciting, dangerous and not very far away. The further adventures of events sparked back into life by the fall of the Berlin Wall and the retreat of the Iron Curtain, yet having their roots in European history reaching back before the second world war and before the first world war.

The Balkan war essentially pitted Bosnia and Herzegovina against Serbia and Croatia. NATO was particularly against the Serbs who were seen as war criminals in this war. It was an appalling war.

It actually came as a shock to me the first time it happened. We had reports of NATO forces attacking Serbian forces and destroying so many tanks etc. Then the next day, or perhaps the day after, the media (usually the BBC I was watching, but not exclusively, I'm not an exclusive guy) would report that in fact the previous report had been bullshit. Made up, NATO propaganda, actual lies. Flagrant lies.

And then it happened again. And again.

I hadn't ever believed everything in the news, but to see "them" caught out so blatantly and so repeatedly was an eye opener.

So you can't believe anything you hear, that doesn't mean any old nonsense might be true though. It means you have to hold lightly onto what you think and know the source of your evidence, and use your mind. Who a person picks as their authorities, which voices they trust, tells you a lot about them.
Posted by Michael Foord at 21:25