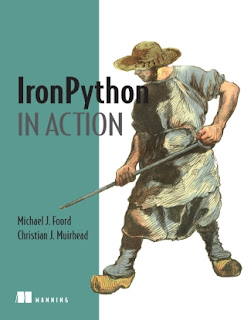 I'll soon be available for new work opportunities. I'm looking for primarily remote software engineering or technology roles, in either Python or Python and Go. I can be reached at michael AT python DOT org.

Note: I have now taken on a full-time role with Red Hat and am not currently seeking work.

I believe that software engineering is as much of an art and a craft as it is a science. I believe that engineers should care about usability, and that encompasses the whole of the human computer interface from direct user experience to API design. I’m passionate in my belief that testing must be part of engineering if we are to really care about quality. I believe, and my experience has been, that we can ensure quality in what we produce through good practises and processes, whilst understanding that there are always trade-offs involved. Quality means systems that work, that are stable and that can be easily maintained and extended.

Career Highlights in a Nutshell

Author of mock, now part of the Python standard library as unittest.mock. Author of IronPython in Action (2009, Manning Publications). Advanced and Introductory Python training, on behalf of David Beazley and primarily for HP (8 times 2013-2016).

My personal obsession with computers and programming began in the early 1980s learning BBC Basic (a structured programming language on an 8 bit microcomputer) followed by 68000 assembly language on the Amiga (which had the first consumer operating system with pre-emptive multitasking).

Juju is a service orchestration tool for deploying and managing systems in the cloud, on bare metal and with containers. Juju is written in Go, making heavy use of the Go concurrency primitives, and interoperates with (amongst other things) lxc/lxd and KVM containers and virtualisation, Amazon Web Services, Azure, OpenStack and the Canonical Metal As A Service project. From early 2016 on I was part of the team with a special responsibility for the networking features of Juju.
The Juju project was managed with tools including git & github, Leankit Kanban Board, Launchpad and Jenkins for Continuous Integration. Juju is built on top of mongodb.

Working as part of a team doing web development with Django. We primarily worked on the payment service and single sign on systems. We broke these monoliths down into microservices and worked with our system administrators on revising our deployment practises to enable us to rapidly deploy updates using current versions of dependencies whilst maintaining system security. One achievement I am particularly proud of during my time on this team was the large scale refactoring of payment services to replace the business logic scattered throughout the codebase with a single state machine. This made invalid transaction status transitions impossible, as well as reducing duplication and making the system more stable and easier to maintain.
Both SSO and Payment Service were built on top of Postgres and provided REST APIs as well as a web front end.

My largest customer has been a German firm, Comsulting.de, working remotely developing business web applications with Django and Silverlight. I travel regularly to Germany (about two weeks every two months), but most development is remote including some remote pair programming. Particularly fun was building a test suite into the Silverlight application, so that functional tests of the graphical front end could run in the browser.

Working as part of a small team of programmers, creating a spreadsheet development environment (a programmable spreadsheet) aimed at the financial services industry.
This was programmed almost entirely in IronPython (for the Microsoft .NET platform) with some C#. It used Windows forms for the presentation layer. The whole team has played a part in the architecture decisions and constant refactoring to maintain code quality and readability.
Because of my contacts with the Python and open source community, I was also the team 'Community Champion' (Technology evangelist).
We used agile development techniques like pair programming, test driven development (both unit tests and functional tests), continuous integration and iterative development.
This has involved some work directly with the Win32 API, primarily for automation in the functional test suite but also for remoting and a few other areas.

Managing the sales team at the Daventry depot of TBS, including:

References available on request.
Posted by Michael Foord at 23:42