There's a lot of pain 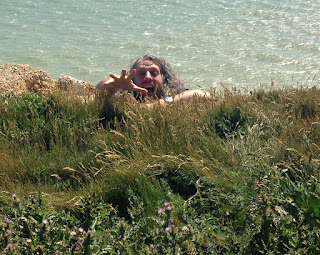 My Mum recently sent me a link to an article:
It's a very emotional article, worth reading, on an emotional topic. Terrible, awful, horrific things happen in this world of ours. Even if you don't have personal tragedies you don't need to spend more than a minute or  two browsing a newspaper to find more than your fill of pain and tragedy. Stephen Fry publicly expressed what many people feel, calling a hypothetical God an "evil, capricious, monstrous maniac":
So how can a loving God allow such evil? I don't know, and according to everything I've ever seen anyone who thinks they do know is deluding themselves or lying. It's a fair question, perhaps the ultimate question.

Something I find helpful when I think about this is a song by Godfrey Birtill, Outrageous Grace:

I don't know why there is evil and suffering and why God allows it. Even theologically it doesn't seem to make sense. If a perfect world, without even the possibility of sin, is possible (the New Creation) then why not start with that? So why not come to the same conclusion as Stephen Fry, that there can't be a God?

I've experienced perfect love. I've experienced God's love. Living the life I have, if I'm true to myself, atheism isn't an option (despite my fondness for rational scepticism). As much pain and suffering as there is, and that often seems like a bottomless pit of human misery, I know that there's more love, there's more hope and there's more life. I've felt it. So I'll pursue life and love with everything in me, I'll fight for it. If I have to make a choice I'm on the side of hope.

What I do know is that God's heart breaks at the pain and suffering in this world. And he doesn't turn away. But it does make him angry. How could the response of love be anything other than anger to the greed, injustice and suffering we hear so much about (but often do so little about)? We need to have the same response, our hearts need to break and we need to not turn away. And we need to get angry. Anger is the right response. Anger is an energy and a motivator. It's the opposite of apathy and it's where the fight starts. I want to be in the fight.
Posted by Michael Foord at 01:21